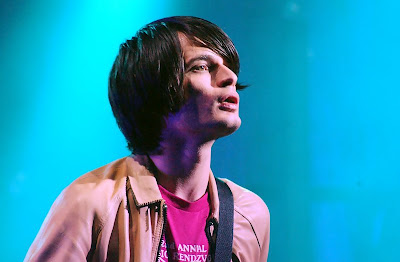 Radiohead, who digitally self-released their latest record, In Rainbows, yesterday, gave Gothamist some inside dirt when the band's Jonny Greenwood answered some questions.

How did the process of making In Rainbows differ from Hail to the Thief?

Greenwood: It was more like earlier Kid A stuff, more based in studio experiments and trying out ideas and spending quite a long time. That's what we did with Kid A and Amnesiac.

What song on the album proved most difficult to finish?

Greenwood: Even ones that we finished quickly we spent a long time deciding if they were good enough. None of them were easy, actually. "Reckoner" kind of came together quickly.

Read the entire interview here.
GET THE ALBUM HERE.

technorati tags: Radiohead | In Rainbows
at 4:36 AM