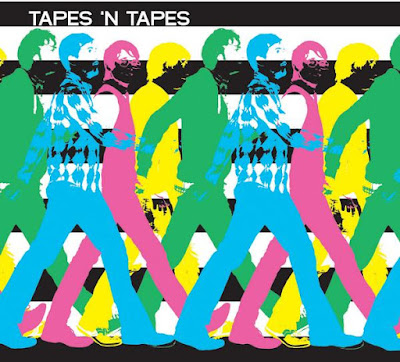 The upcoming sophomore release from Tapes 'n Tapes, Walk It Off, is due Monday April 7th, it'll be preceded by the single "Hang Them All" out on Monday March 31st, both on XL Recordings.

On Monday March 3rd, the band will be special guests at London's Old Blue Last and will no doubt give Brit fans a special glimpse of the new album... and as the XL Recordings press release screamed...

So, now you're excited, but you don't live in London, you say... fear not, the band have 29 North American dates, listed here, that'll begin mid-April and end in mid-May.

Here are three tracks from their debut from 2006, The Loon:
insistor
cowbell
omaha
at 1:15 PM