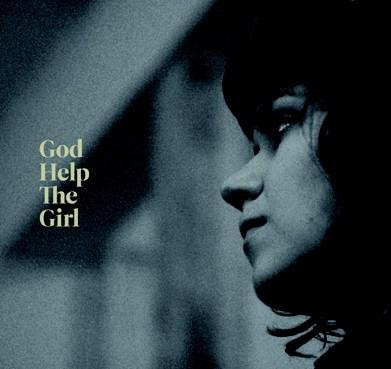 Belle and Sebastian's Stuart Murdoch has been working at a new project apart from the band. It involves songs Murdoch felt weren't right for B & S and the voices of a few lovely sounding, and looking, women. This press release should whet your appetite... and if it doesn't this free mp3 and youtube video should do the trick.

Press Release from Rough Trade Records:
‘Come Monday Night,’ an orchestrated pop song from the pen of Stuart Murdoch, is the first single release from the ‘God Help The Girl’ album, to be released by Rough Trade, on 22nd June 2009.

‘God Help The Girl’ is a story set to music, which Murdoch has been working on intermittently for the last five years and his first new music since Belle and Sebastian’s seventh album, ‘The Life Pursuit’ in 2006.

"I was out for a run and I got this tune in my head,” says Stuart of the album. “It occurred to me that it wasn't a Belle & Sebastian song. I could hear female voices and strings, I could hear the whole thing, but I just couldn’t envisage myself singing it with the group.”

Both of these elements feature on what is one of the standout tracks on the album. The singer is Catherine Ireton, a native of Limerick who now lives in Edinburgh, discovered via a friend of a friend, and who has also previously appeared on Belle and Sebastian record sleeves.

After auditioning early in the process, she ended up taking the majority of lead vocals on the album. In Catherine, Stuart has found a rare talent - her clear, lilting vocals bringing to life the characters in Stuart’s head and making for an ambitious and engrossing musical journey.

‘Come Monday Night’ also features an orchestra conducted by Rick Wentworth as well as Stuart, Stevie, Bob and Richard from Belle and Sebastian. The b-side is the sublimely titled ‘Howard Jones Is My Mozart.’