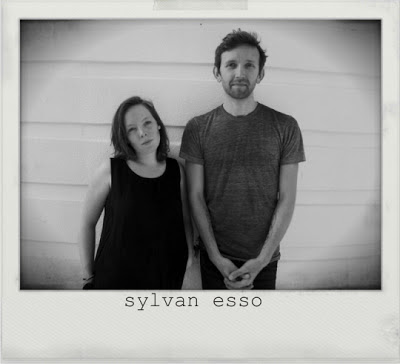 The collaboration of vocalist Amelia Meath (Mountain Man) and Nick Sanborn (Megafaun) called Sylvan Esso has produced a 12" single, "Hey Mami" b/w "Play It Right ". The label describes it as:


"a single with 2 A sides, featuring accapella and instrumental versions of each song".


The record will be released July 16, 2013 with the duo setting out on the road in late summer, check out all the dates below.

This song, "Hey Mami", brings to mind girls skipping with a jump rope, or two, out on an asphalt playground. These girls are skipping over the snap of the line on the hot blacktop... slowly, soft and rubbery in the deep throb of Sylvan Esso's summer heat and yet spurred on by the soulful tinge in Amelia Meath's refreshing voice.