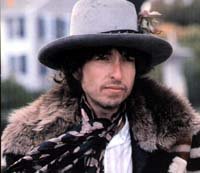 It was long ago, in a place far, far away, when I first heard Bob Dylan's "Hurricane". At the time I was into Dylan's Greatest Hits Vol. 2, (especially "Watching the River Flow") but when I heard the gypsy violin of Scarlet Rivera (which stars alongside Dylan's vocal phrasing), I fell in love with this song. And, of course, this is Dylan after all, the lyrics are the true star. And although he, along with co-writer, Jacques Levy, spins the tale of Rubin 'Hurricane' Carter with economical power, this song loses favour in some eyes since it lacks the famous mystery which inhabits much of his work. The enduring Dylan mystery being 'what does it all mean?' That doesn't enter into this work. The only mystery being did Carter commit the murders he was accused and convicted of? The courts said yes and Dylan (years later), in the musical verses of "Hurricane", said no. This was Dylan's first protest song in ten years and it raised it's fair share of controversy. Which I find was a little heavy handed, with some heavyweight critics taking Dylan to task, acting as if the song and lyrics were tantamount to his testimony in a court of law. Come on, it's just a song offering one man's opinion.
Carter's guilt, or innocence, and Dylan's playing fast and loose with the facts (it's called poetic license), take a back seat to the established fact that Dylan, one of our greatest songwriters, was inspired to pen an epic that still holds power today. 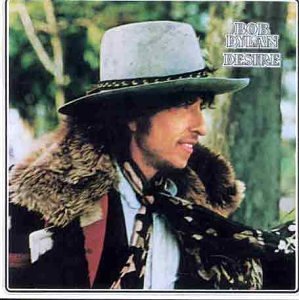 I still own a vinyl copy of this album, but I seem to recall running out and buying a '45' of this song, as well. And if I did, that little piece of vinyl is long gone. Have a listen to this song, it truly is an epic, literally... it's over eight minutes long.