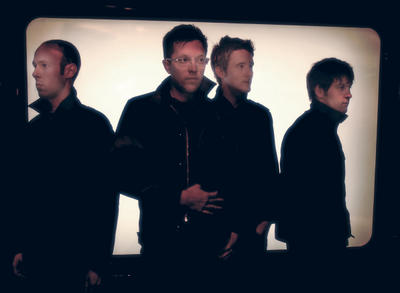 Sometimes you hear a song, or a group of songs, that you like, but you have no definite point of reference... Canadian band The Floor is an example. They sound very polished and their music sounds like a lot of the music I pretty much ignored in the eighties, some of which was, in hindsight, spectacular. The Floor sound like a great unknown eighties band that you missed either due to your youth, or (in my case) having very defined tastes. Not to worry, you've been forewarned and this isn't the eighties. I have to say that the more I listen, the more I like.

Check their homepage for more mp3s.

Self-described as 'Post-Punk/New-Wave', Edmonton, Alberta's The Floor are...