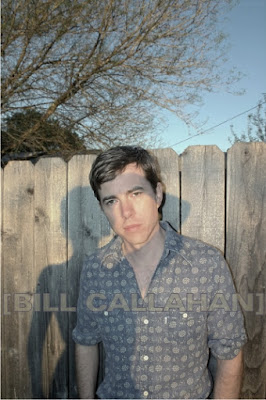 I never paid much attention to Bill Callahan before. I had heard of Smog, but it's likely that the name itself pushed me away from listening, or at the least, seeking out the music to hear. But now along comes Bill Callahan, minus the depressing name 'Smog', and playing some uplifting and even catchy music on his first album sans the Smog moniker. And did I mention that I like it? I like it, it's good. Give a listen to these tracks from the Drag City release, Woke on a Whaleheart. It's his first recording without the established name Smog hanging on him and from what I have now heard of Smog, it seems to have lightened his soul. The music is lighter and doesn't have the dissonance so prevalent in some of the Smog music. The Smog has finally lifted and the sun is shining? Maybe.

BUY Woke on a Whaleheart

Download Bill Callahan albums, tracks and songs for free with eMusic's trial subscription. Check it out here.
at 8:57 AM