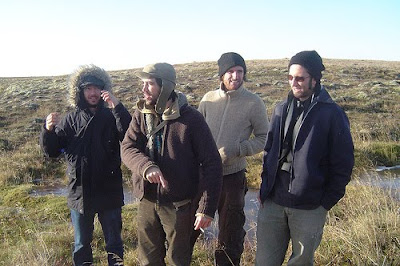 Montreal's (the city of my birth) Patrick Watson, played a showcase set at the recent CMJ Music Festival in NYC. Here is that performance and as a bonus, I've included the band's 2007 Black Session, as well. Also, on November 17th, Patrick Watson will re-release Just Another Ordinary Day. Self-released in 2003, in a limited run, this was the first recording with all four members of the band. The shiny vinyl LP version of Wooden Arms will be in stores on November 17th, as well. These two would make a great Christmas gift, don't you think? And these mp3s will be a great gift to yourself, go on splurge. Look further into the Just Another Ordinary Day and Wooden Arms details at Secret City Records.