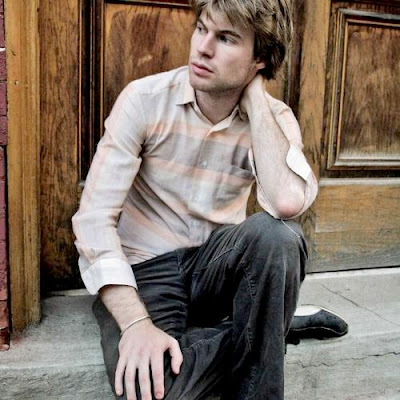 Doveman. The name sounds peaceful, it conjures an image of a large, a very large, soft feathered bird softly cooing from the upper ledge of a city building. Perhaps not the best image, or maybe the image you have is closer to a crime fighter a la Batman... Doveman, the Mahatma Gandhi of superheroes. Well, will you look at that, from cooing like a dove to kicking ass Gandhi-style... methinks you should lend an ear to Doveman a.k.a. Thomas Bartlett.

The latest Doveman record is called The Conformist, but it definitely does not conform to the music he has recorded and released to date. This new recording is bolstered vocally by guests such as The National's Matt Berninger, and by Bartlett penning much more accessible melodies, as if he's reaching out instead of turning inward as his earlier music would often seem to do. His recording and touring with The National seems to have rubbed off in the best possible way and I hear this most prominently in the song "The Angel's Share". Even without Berninger adding his voice to the song, the chorus would evoke many of the better, quieter moments of The National.

The Conformist is highly recommended. [BUY]