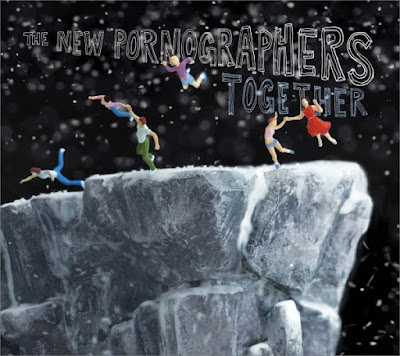 Canadian super (indie) group, The New Pornographers, will put a new record in circulation on May 4th. Titled Together (Matador), it once again boasts the triumvirate of Dan (Destroyer) Bejar, vocalist Neko Case, and bandleader/songwriter Carl Newman. Classic pop song structures once again carried by distinctive vocals and harmonies, there's not a lot different from previous records, but these are new songs by a superb band... and that's enough. It's all about the songs.

Here's a stream of Dan Bejar's "Daughters of Sorrow".