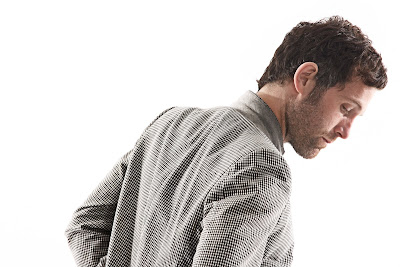 A new album from Toronto's Jason Collett is on the way, called Rat a Tat Tat, it will be released on March 9th 2010, but his label has seen fit to offer an mp3 off the record three months before it's release. Not sure why, but now that I ponder that question it may be to get a song out 6 weeks before the album leaks, which often is about 6 weeks before the official release date. I'm just thinking out loud, or talking out of my @$$.

"Love is A Dirty Word" is the song and I like it, no surprise there, I like much of what Collett has written and recorded as a solo artist. Listen to the song and think of the album's title, Rat a Tat Tat, I hear that in the muted bass line and even in the drums here and there. Is it the power of suggestion, or did Collett find the album title in this song? Just another of life's mysteries, I suppose.

Collet recorded a session at CBC last year and included at least two songs from this upcoming record. Here he is with his band live in studio: