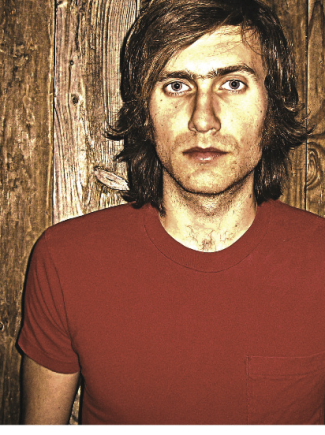 Andrew English first came to the attention of Sixeyes as main man of Lexington, KY trio, The Scourge of The Sea. Their album, Make Me Armored (2006) had been leveled with uncommon songs, many which hold their allure to this day (read sixeyes review here). Now, after a couple of solo forays which went undeteced by Sixeyes (Englishman 2010 and Taxi-dermy 2009 ), English is readying to release new music.  No date has been set for followup EP, Unsafe & Sound, but English tells Sixeyes he's waiting for "...(the) finishing touches of artwork for this new release". Luckily he has shared a single titled "More Than Insects", which you can listen to and download via the bandcamp player below.

Opening with a promising whining slide guitar evoking the quiet Beatle, George Harrison, it's when English begins to sing that things climb another notch. There's a distinctive timbre that vibrates from this Lexington KY natives throat, as if the screws have been twisted an extra half turn. Just as if his 'action' has been set too high and he's landed alongside John Darnielle's crystallized whine, but at it's more relaxed and mellow moments. And not unlike Darnielle, English pens memorable lyrics, songs chock  full of lines that will ring in your head without their musical support.


From "More Than Insects":

When babies are born they don't ever get told
everything hurts you and then you are old
you ruined my haircut, put blood in my brow
and I never killed much more than insects till now


Another gem from one of indie musics unrecognized talents, Andrew English a.k.a. Englishman.

Both aforementioned releases Englishman and Taxi-dermy can be found on the Englishman bandcamp.
at 8:26 AM