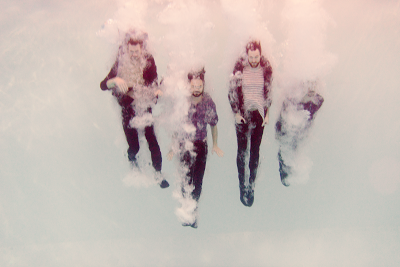 Not sure how it's done... how This Is Head does it. There is 'computer' written all over some of what I hear in "Illumination", BUT it isn't turning me off, as it normally would. The song opens with a drugged and slo-mo'ed  Giorgio Moroder synthesized chug, à la Moroder's classic Miami Vice theme and then becomes some kind of indie feeling dance song as they add layers. And... still... I like it. If comparisions are being made, then Sweden's This Is Head are Franz Ferdinand with more computers and less sunlight... in the winter that is, but more sunlight in the summer... sooo, nevermind the sunlight part, it all balances out in the end. This Is Head are damn good, simply put.

But I do envy those Swedes their Swedish summers.


This is the band's second single off their second album, The Album ID.