The Unicorns Give Birth To Islands 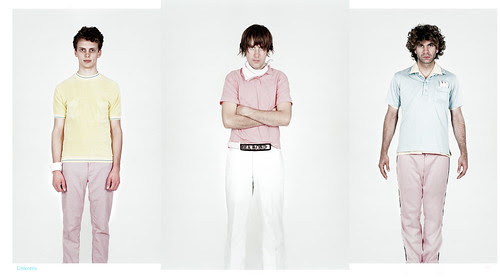 Fans of Montreal's, The Unicorns, listen up! Members of that eccentric and madcap indie band, Nick Diamonds and J'aime Tambour (aka Jaime Thompson), have formed a more indie-pop-centric band called, Islands (perhaps after the many islands which the city of Montreal sits upon). Islands music is not as lo-fi as The Unicorns, but these two tracks, available exclusively thanks to Elliott Aronow of thesimplemission.com, are just as ear catching and melodic as the band from which this one has been birthed.