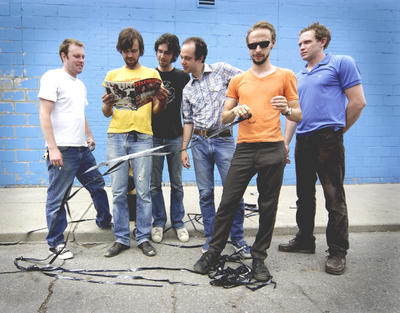 Toronto's, The Deadly Snakes, will release their new disc on Paper Bag Records [Canada] and on In The Red Records [Usa] this September 26th. Entitled Porcella, it features the track, "By Morning It's Gone", a song which appears to have been influenced by lead Snake Andre Ethier's experience with his solo debut, Andre Ethier With Christopher Sandes Featuring Pickles and Price.
While The Deadly Snakes are long known for sounding like whiskey-soaked leather, Ethier's outstanding solo effort was a much more relaxed affair sounding more like early Dylan than The Band backing Rompin' Ronnie Hawkins. This new song is somewhere between those two styles with horns to boot!

+ by morning it's gone

**you can find all The Deadly Snakes you will need at eMusic. If you aren't a member yet, try the Free Trial of 50! free mp3 downloads.**

Or BUY The Deadly Snakes:
Porcella

I'm Not Your Soldier Anymore