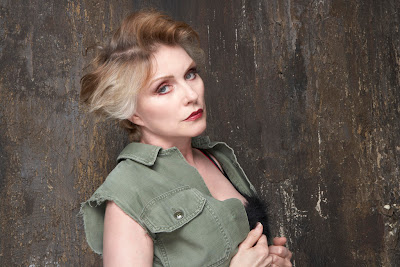 Debbie Harry, the 62 year old icon for every female (and more than a few guys) who wants to be a rock star, has a new album titled Necessary Evil arriving this coming January. Most of you should know of Ms Harry from the world-wide success that greeted her work with seminal band, Blondie. If not... you've got some reading up to do. But now she has returned with a voice as youthful as her visage, offering her sixth solo work and first in 14 years!

"It's exciting to be doing this on my own, but chilling and weird at the same time," she admits. "In a way, I will be out there without a safety net. The comfort level with Blondie is great, but in most cases, the audience wants to hear the old music from us, rather than the future, and that is death for an artist. You have to keep moving forward."

Harry has an amazing voice, cool one moment and then warm and purring the next. She displays an elastic capacity with this, the first single off the new record, sounding like a sugary Patti Smith before slipping into the vocal persona she is famous for. 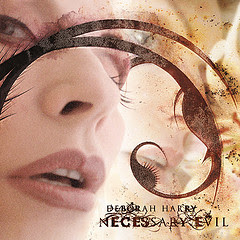