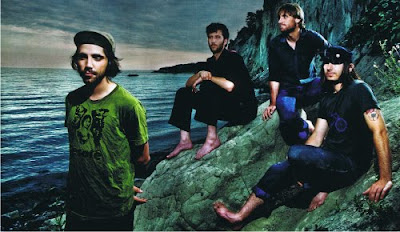 On November 17th, Patrick Watson re-released Just Another Ordinary Day. Originally self-released in 2003 in very limited quantities, this was the first recording with all four members of the band. The album was recorded at the same time the band was performing regular sets at the now legendary Café Sarajevo in Montreal. While Just Another Ordinary Day still resembles the band, Patrick Watson, this album features some of the quartet’s most accessible pop-oriented work to date.

If you're still searching for that special Christmas gift: The long playing vinyl version of Wooden Arms made it onto store shelves in mid-November, as well.