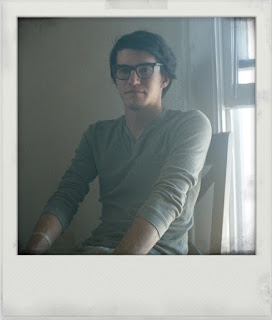 A lonesome horn drags along like an underwater funeral procession, drums doing a shuffle stutter step, until Jordan Herrera reaches for the mic from his blood soaked bed in a Civil War infirmary.

But it all comes down to one simple thought, one short line that we've all made wishes upon, whispered to ourselves, or invoked while kneeling in prayer... "I wish I was home."

Young Readers is the vehicle singer/songwriter Jordan Herrera (left) uses to drive his musical musings into the driveways and lonely parking lots of our homes and towns. And that vehicle is not unlike the solitary cars seen in the meticulously arranged photographs of Gregory Crewdson. Mysterious, magnetic and pulling us in even as they pull away.

This song's line-up includes Jordan on vocals/guitar/piano, Kyle Reid on lead guitar/lapsteel/noise, David Leach playing upright bass and trombone, and the backbone... Steve Boaz with drums and organ. Recorded to analog tape the new single "Homesick/Hymnal" can be found on in Portland, Maine's Lorem Ipsum Recordings.