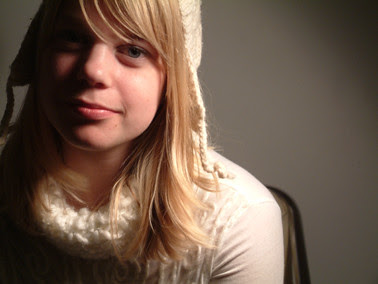 A very young woman, Basia Bulat delivers her songs with a striking voice, similar to fellow Canadian, Leslie Feist. But unlike Feist who on her last effort, Let it Die, made a successful effort to sing in a very detached and cool fashion, Bulat makes no attempt and uses her pleasing voice in a more natural style. Seeing as Bulat is so young, her musical path has yet to be determined; will she follow the path Feist is presently on or will she make a left turn onto the indie sidestreets that Feist herself trod on her debut, Monarch? At this point her songs show her youth and her influences, Joni Mitchell and Paul Simon , among others, but with other stated inspiration coming from Hispanic singer/ songwriters, Joan Manuel Serrat and Silvio Rodriguez, she just may surprise listeners with the route she takes in the future.

Tonight (June 25th) in Toronto, Bulat will hold a cd release party at C'est What?

* several more mp3s can be found here on her site in varying degrees of polish and sound quality.

UPDATE: Go here and here for more up to date posts on Basia Bulat.
at 11:59 AM