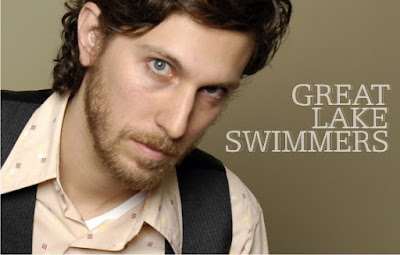 Nettwerk will release the third edition of their benefit album to raise funds for VH1's Save the Music Foundation on October 2nd. The For The Kids disc includes a little something from Canada's Great Lake Swimmers, a song which previously appeared on See You On The Moon!: Songs for Kids of All Ages in 2006 on Paper Bag Records.

Here's that Great Lake Swimmers song...
see you on the moon! [mp3]

And I'm looking forward to hearing the of Montreal contribution and the inevitable, and extremely disturbing inner visual of Mr Barnes sans pantalons (thank you, youtube, or boobtube, or some-kinda-tube) singing a kids song.

TRACKLIST
"I Want To Have Fun," Of Montreal
"See You on the Moon," Great Lake Swimmers
"The Poopsmith Song," Over The Rhine
"My Little Bird," Rogue Wave
"Itsy Bitsy Spider," O.A.R.
"The Other Day I Met a Bear," Barenaked Ladies
"The Babysitter Song," Dar Williams
"I'm a Believer," the Sippy Cups
"If You're Happy and You Know It," Anathallo
"Does Your Cat Have a Mustache," the Format
"Very Long," Moby
"My Darling Clementine," Submarines
"The Wheels on the Bus Go Round and Round," Kyle Andrews
"New Shoes," Blitzen Trapper
"Sunny," Piano
"Jellyman Kelly," Mates Of State
"No Hiding," Hem
"The Lint Song," MC Lars
"Pure Imagination," Jolie Holland
"As Small As Me," Rosie Thomas and Damien Jurado

MORE Great Lake Swimmers...
Your Rocky Spine
I Am Part Of A Large Family
Song For The Angels
When It Flows
Moving Pictures, Silent Films
I Will Never See The Sun
at 3:26 PM