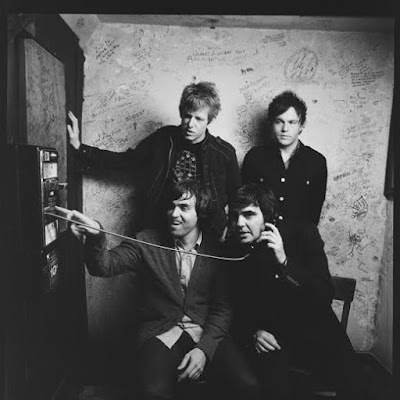 Spoon and it's labels, Merge and Anti, have moved the release of their hotly anticipated seventh album, Transference, up a week from January 26th to the 19th. Does this mean the album will leak a week earlier too? We'll have to wait and see. The first single from the record, "Written in Reverse" will be released digitally, December 1, and as a 7" single January 5. That 7'' record will boast a song not on the album called "Mean Red Spider".

Get more info about tour dates and track listing here.

Here's that single as it sounded September of last year at the Fillmore West:
written in reverse (live)