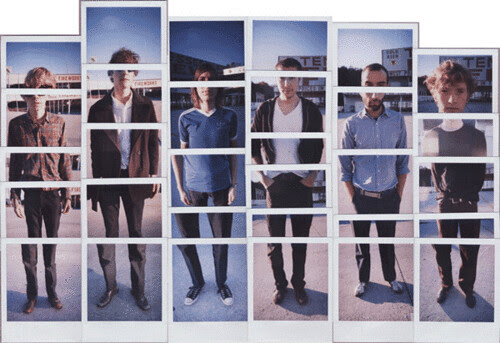 *this is a repost from September 4th, mostly because Sound Team has their EP, Work, being released today, December 27th. And also, the band has made another mp3 from the new record available.*

Sound Team have the 'spooky synths, ringing bells, and swaying organs' sound down pat... on these songs at least. Seeing as these are the only mp3s I've heard I'll have to go out on an limb and say that this is the core of the Austin, Texas band's sound... and it's a good sound, lot's of atmosphere created by the instruments and the air between them. With the release of Work the band is sure to start popping up all over the indie music network.

Bill Baird and Matt Oliver met in Austin in 2001, when each was a sideman in one of the many pick-up groups playing the beer-joints around town. They formed a partnership, and immediately began recording crazy songs on cheap gear that drew inspiration out of everything from traditional American folk and pop song forms to German synthesizer music.

In 2002 Baird asked his younger brother Michael and Michael’s friend Jordan Johns (both of whom were still in high school at the time), and his old friend Sam Sanford if they’d like to make a band. After playing a handful of shows in various performance spaces and punk dives, Gabe Pearlman enlisted and the lineup was solidified by early 2003." 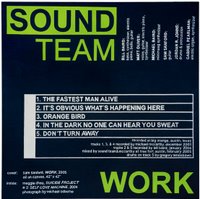